Technology is changing the way we look at cars, and automotive manufactures are making some big moves to keep up with trends. BJ Killeen, Brain Moody, Josh Hancock, and John Ellis, discuss their thoughts on the retirement of Ford Motor Company’s Mark Fields. There are many theories as to why this shift has happened, and our experts do their best to objectively address this major event in the auto world. We also talk about the waning popularity of the minivan, and which models will be sticking around due to their excellent designs. In other news, Josh Hancock discusses the loss of iconic James Bond actor Roger Moore, and gives us updates on fantastic cars coming to the big screen. Join in now.

Discover more about segments and guests below…

Alan tells us that he has been bopping around all over the place. Recently, he was able to test drive the Honda Civic Si at Honda’s proving grounds in the Mojave desert. Right before taking off, Alan received some sage driving advice; if an animal jumps out in front of the car, then that animal needs to have a bad day. Ouch! While hitting an animal can tug at the heart strings, BJ Killeen tells us that sometimes it’s the safest choice. Learn how to drive defensively and avoid making the wrong choice on the road.

Alan and automotive journalist BJ Killeen begin the discussion about Ford Motor Company’s decision to replace their CEO, Mark Fields. Alan has always admired the way that Ford has done business, and says that this family-owned company must have had a good reason for making such a big switch in leadership. Alan and BJ postulate that a lack of forward-thinking on Fields’ part may be the reason that the employee of 28 years had such a rapid exit from the company. Join in on the discussion now.

When a company is not healthy, the solution may be to replace the coach instead of the team. The removal of Ford Motor Company’s CEO, Mark Fields, has got the rumor mill turning. Automotive journalist BJ Killeen and Autotrader’s Brian Moody believe there may have been a communication breakdown in the company, speculating that Fields may have spent too much time thinking about the future instead of focusing on the present.  When a company is not healthy often times the solution is to replace the leader instead of the team. Want to know more? Listen now.

After a long day qualifying for the Indy 500, Scott Dixon and a group of friends decided that they were hungry. Being so late in the evening  the only option for Dixon was a Taco Bell in Indianapolis. Autotrader Executive Editor, Brian Moody, tells us about the incident that left Dixon with a memory he won’t soon forget, a robbery at gunpoint! Alan also chats with BJ Killeen about the world of racing and the big changes about to hit the track. You don’t want to miss this story.

Automotive journalist BJ Killeen reviews the 2017 KIA Niro Touring, a hybrid crossover bearing resemblance to a station wagon. This car gets about 40/45-MPG around town, making it an incredibly efficient ride. The Niro is a great daily commuter with a highly responsive, 6-speed, dual clutch transmission that is extremely fun to drive. BJ also notes that it makes a very smooth transition between fuel and electric, which has proven to be bit jarring on other vehicles, making this a great hybrid. Learn more about the Niro.

Brain Moody of Autotrader and automotive journalist BJ Killeen discuss why they think the minivan is beginning to lose popularity despite ride comfort and convenience. They theorize that it could be the soft reputation of a car made for ‘soccer moms’, making it slightly less appealing to a diverse crowd. Nissan has announced that they will no longer be making their Quest minivan, and many other companies are following suit. Three competitors still remain in the world of minivans; the Honda Odyssey, Chrysler Pacifica, and Kia Sedona. Find out why these three are sticking around.

Hollywood recently lost legendary James Bond actor, Roger Moore. JoshCAR’s Josh Hancock recalls a childhood memory involving the sleepy town of Maine, a car crash, and the swift disappearance of Mr. Moore. Josh’s uncle happened to be the chief of police at the time, and has the inside story on how legendary actor, Sean Connery, flew in to tame Roger’s wild side. While no charges were pressed, Josh laughs about the story and reflects on other great memories. Find out more now.

JoshCAR Hollywood car consultant, Josh Hancock, gives us an insiders look at the new Steven Soderbergh film centered around the Coca-Cola NASCAR 600. The film features six cameos from professional NASCAR drivers, and an all-star cast including Channing Tatum and Daniel Craig. While it doesn’t have much to do with the race, there are still a lot of great car scenes. Josh also tells us that a third John Wick is in the works, and automakers are fiercely competing to feature their cars in the movie. Find out what’s in store for cars on the silver screen.

JoshCAR’s Josh Hancock tells us about his incredibly smooth, long-term test drive of the 2017 Mustang 5.0. While some of the Mustangs in the past weren’t exactly daily drivers, this one most definitely is. The gear box is made well and the 6-speed manual transmission has the perfect amount of clutch pressure, making this pony a very smooth ride. The test package Josh drove had an MSRP of $41,000, cooling seats, and 435-HP, just right for someone looking for a perfect blend of power and luxury. Hear more.

Mark Fields suddenly left Ford Motor Company, and it has everyone scrambling for answers. Ellis & Associates technology guru, John Ellis, shares a theory based on a statement given by Marc Andreessen, the founder of Netscape.  In Marc’s theory, he compared car companies today to what was happening right before Apple crushed Nokia. John tells us that in order to be a winner in this business, the CEO must have a comprehensive understanding of software, a concept that many car manufacturers are struggling with. Software companies are able to update the cars through the air, and this means that you don’t have to buy a whole new car in order to enjoy the latest tech upgrades. Learn more about this major transition now.

Our cars are becoming computers, and the days of knowing how to turn wrenches are slowly becoming a thing of the past. In order to fix many of the newer cars on the market, one must have some understanding of technology. We chat with John Ellis of Ellis & Associates about the merging worlds of technology and cars. Ford Motor Company has changed their CEO, and John discusses potential issues surrounding the lack of a comprehensive understanding of automotive software. Many theorize that Mark Fields’ quick exit was due to his lack of software competency. Can we expect more high-profile leadership changes? Find out.

Automotive technology is quickly catching up to the futuristic ideas portrayed in movies and literature. Flying cars are coming soon, but autonomous vehicle are already on streets today. John Ellis of Ellis & Associates takes a broad look at the state of the industry, noting that although there are still some flaws in the way current tech is functioning, like malfunctioning sensors during inclement weather, it can and will get better. We explore the beneficial safety advances ushered forth by new car tech. 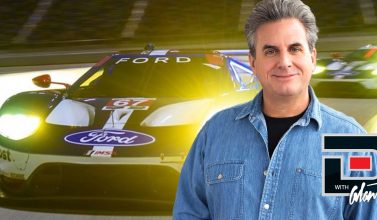 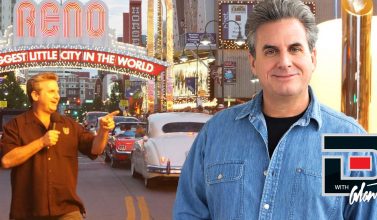 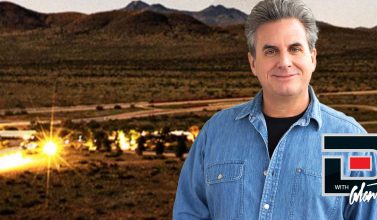 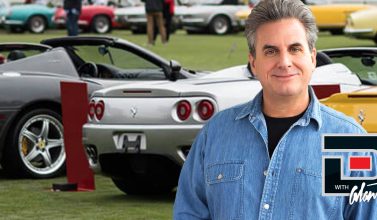