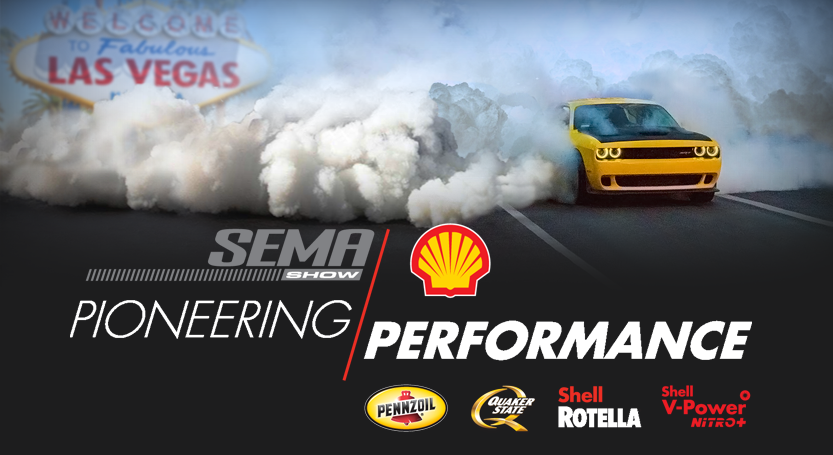 Continuing our 2015 SEMA Show coverage of the Shell Pioneering Performance Stage, we hope you enjoy these notable interviews with the automotive elite!

When you’re #1, the competition never rests. In the prestigious field of Ford dealerships, Galpin Ford is the one to beat. Star of CNBC’s The Car Chasers and host of Skidmarks Show, Jeff Allen, recalls his intense rivalry with Galpin in the late 90’s. Plus, Brandon Boeckmann shares details on the Galpin Auto Sports Rocket Ford Mustang, designed by Henrik Fisker and packing 725-hp under the hood.

With the 2015 Street Rod of the Year and a top 10 placement in Battle of the Builders, it’s safe to say Bobby Alloway is having a great year. So what’s next on the docket for Alloway’s Hot Rod Shop? A 1958 Edsel Ranger rocking a Coyote engine!

From Overhaulin’ to PowerBlock to PowerNation, Courtney Hansen has been part of the automotive television scene for more than 13 years on some of our favorite, car-centric shows. Now, Courtney says it’s time to take her career to the next level. Find out what’s next for this busy car gal.

This certainly isn’t the first time Alan Taylor and Car Crazy host, Barry Meguiar, have shared a mic at the SEMA Show. After many years, both auto aficionados revel in the “pulsating vibrance” of the automotive aftermarket industry representing more than $40-billion of business.

With a rich history and commendable storytelling in every edition, Road & Track is a premium magazine that holds a dear place in the hearts of car lovers. Larry Webster chronicles his ascent to Editor-In-Chief before giving us the mysterious history of the Shelby Daytona Cobra Coupe CSX2287

Can you drift a 707-hp Dodge Hellcat Challenger like famed stunt driver, Rhys Millen in Pennzoil Airlift Drift? Are you ready to demolish the competition on the track with a Dodge Viper ACR? If you’re a petrolhead eager to prove your mettle, FCA Head of Passenger Car Brands, Tim Kuniskis, has some exciting announcements you won’t want to miss.

One in 50-Million: Featuring Tim Kuniskis

Put your stink on a supercar (in a good way). With more than 50-million unique combinations, you can personally customize a new Dodge Viper that will never be replicated again. Get the lowdown on the Viper 1 of 1 program with FCA’s Tim Kuniskis.

Vaughn Gittin, Jr. is in love… with road racing! We get personal with the professional fun-haver and maniacal drifting champ discussing home life, Road America, and “the craziest thing he’s done lately.” Plus, Vaughn shares specs on his competition Ford Mustang which boasts 900-hp and screams at 9,000-rpm.

Star of Discovery’s Fast N’ Loud, Richard Rawlings, caught the car bug early, largely in part because of his gear-head father. Now, Richard and the Gas Monkey Foundation are looking to “take care of the old kids” with a car donation program benefiting those with Dementia and Alzheimer’s. Learn how you can help. Listen now.

Drive a truck? You deserve great brakes too! After receiving the prestigious SEMA Best New Engineered Product award, the Brembo B-M8 Brake Calipers are garnering serious attention in the industry. Brembo CEO, Dan Sandberg, explains why these “brakes on steroids” are perfect for you.

Hailing from Indianapolis, PowerNation’s Katie Osborne has a deep routed personal history in motorsports. We get a behind-the-scenes glimpse into Katie’s history, get an update on her involvement with Rallycross and Torque Racing, and find out why she says she, ‘likes it dirty.’

Save money and get the right product every time! Matt Edmonds and Alan Taylor explain how Tire Rack is more than just tires, it’s everything from wiper blades to suspension packages, all with premium service.

Watching his Korean War veteran neighbor restore a 63′ Impala instilled a love for the classics in Fast and Furious star, Sung Kang. Find out why Sung made a conscious decision to change a habit of his character, Han, and why he will most likely take a break from car movies after the Franchise is over.

Velocity’s Wheeler Dealers is the #1 most watched car show on TV, entertaining over 200-million petrolheads! With 10 episodes from the British Isles in the pipeline, Hosts Mike Brewer and Edd China have packed up shop to begin filming in Huntington Beach, California. Get a sneak peak of the new season plus, a sidesplitting DeLorean story!

Hot August Nights will be back for their 30th anniversary in 2016, August 2-7, with loads of new events for everybody, including a brand new auction company start-up. Find out why 750,000 people bring $300 million to Reno, Nevada every year to enjoy drag races, auto cross, and much more, straight from Executive Director, Mike Wan 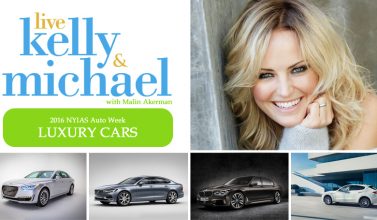 LUXURY CARS on LIVE with... 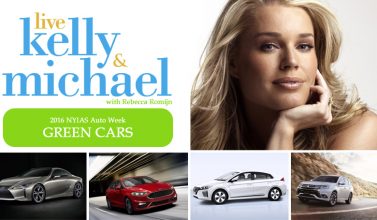 GREEN CARS on LIVE with Kelly...

SEDANS on LIVE with Kelly and... 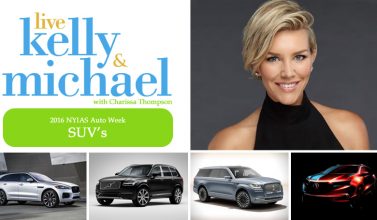 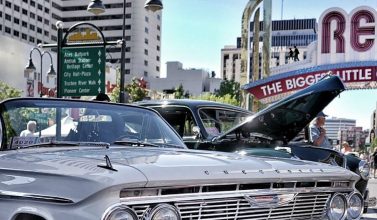 The month is August, the weather is scorching, and we’re in Reno, Nevada. That’s...